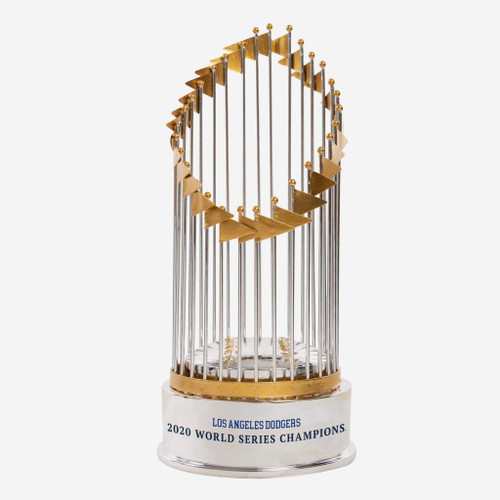 No championship celebration is complete without a trophy! And while you might not get to hoist the actual World Series trophy, this Los Angeles Dodgers 2020 World Series Champions Trophy Replica can get the job done.