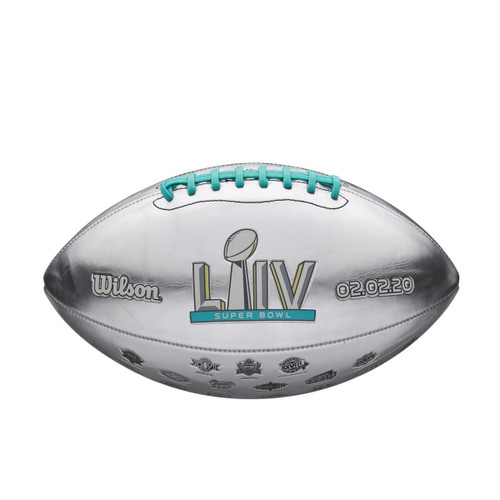 SUPER BOWL OFFICIAL: Wilson is the official football of Super Bowl LIV, and has been on-field for every Super Bowl to date.
EXCLUSIVE METALLIC COLOR: A premium metallic color cover shines like your very own Super Bowl Trophy, ideal for your display case.
HISTORIC DESIGN: This trophy ball features a prominent Super Bowl LIV logo, along with logos from all prior 53 Super Bowls.
OFFICIAL SIZE: This official size ball is the same size as the on-field game football of the NFL.
THE NFL BALL: Wilson is the only official football in NFL history, scoring every point in every game since 1941.