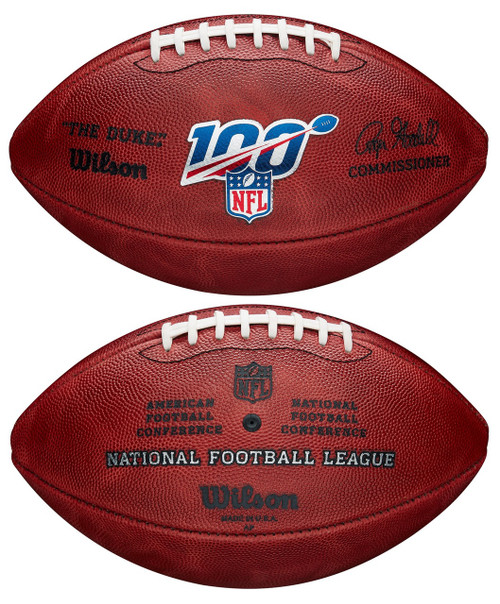 This is the official NFL Football Game Ball by Wilson.
"THE DUKE"
It is made of 100% leather and features the signature of Commissioner Roger Goodell and the NFL logo.
Great for autographs and general collecting!