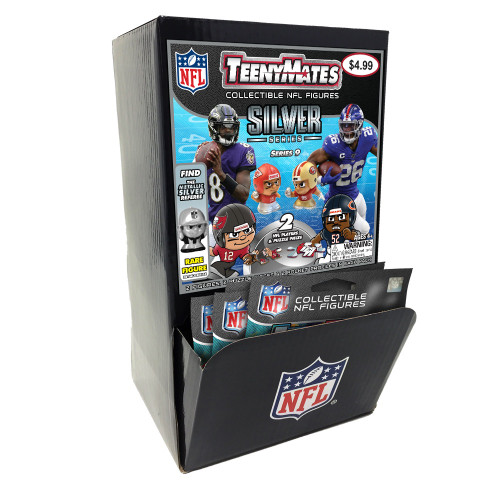 This is for a gravity box of 32 packs
NFL Series 9 TeenyMates have the names, numbers and TeenyMates-style likeness of REAL NFL players!
TeenyMates are sold in a gravity feed box which holds 32 blind packs.
Inside each blind pack:
2 random 1" NFL TeenyMates Color Rush player figures
2 Player Profiles
2 Double-Sided Puzzle Pieces
Collect one player figure from all 32 NFL teams plus 6 rare, hard to find figures. Completed 35-piece puzzle features a mini-poster on one side and a football field on the other.
Odds of Rare figures vary.