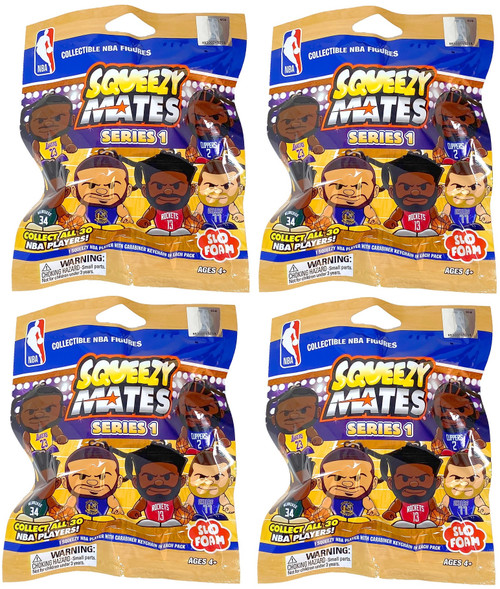 Made from the fun to squeeze material, Slo-Foam, SqueezyMates are collectible and squishy NBA player figures!
4 packs
SqueezyMates Blind Packs - NBA SERIES 1
NBA SQUEEZYMATES ARE HERE AND BIGGER THAN EVER.

SERIES 1 has arrived and features NBA players and poses!
These squeezable basketball players feature all the leagues top stars. Attached carabiner clip makes it easy to clip them to a backpack, belt and more. The player figure inside each blind pack is random, which adds mystery and fun to each pack!
Collect all 30 NBA players, PLUS 3 EXCLUSIVE RARE FIGURES!