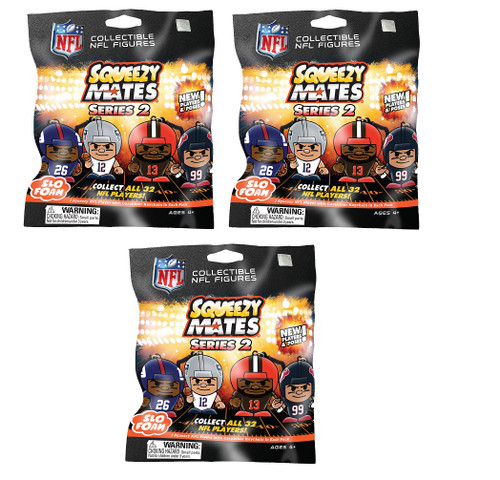 SqueezyMates Blind Pack - NFL SERIES 2
SQUEEZYMATES ARE BACK AND BIGGER THAN EVER.

This is for 3 each SqueezyMates Blind Packs
NFL Players Association SqueezyMates
Figure Size: 2.5" tall
One SqueezyMates NFL figure in each Blind Pack
Collect them all, each blind pack contains a player which are randomly packed.
Display window on box showcases one SqueezyMates figure
Officially Licensed
Ages 4+