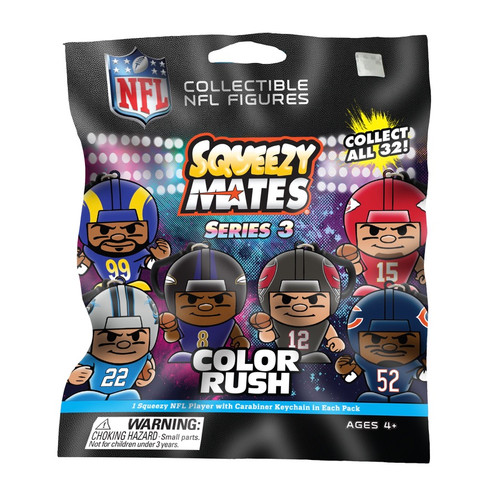 SqueezyMates Blind Pack - NFL SERIES 3 COLOR RUSH
SQUEEZYMATES ARE BACK AND BIGGER THAN EVER.

SERIES 3 has arrived and features more players and more poses!