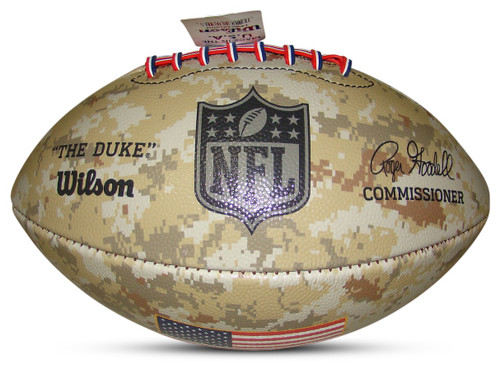 Every year to help honor our nations'''' military, the NFL promotes a salute to service for the month of November. To support the NFL''''s efforts in its mission proceeds of Salute to Service product go towards the USO, Wounded Warrior Project, and the Pat Tillman Foundation. Wilson has been the official game ball of the NFL since 1941.