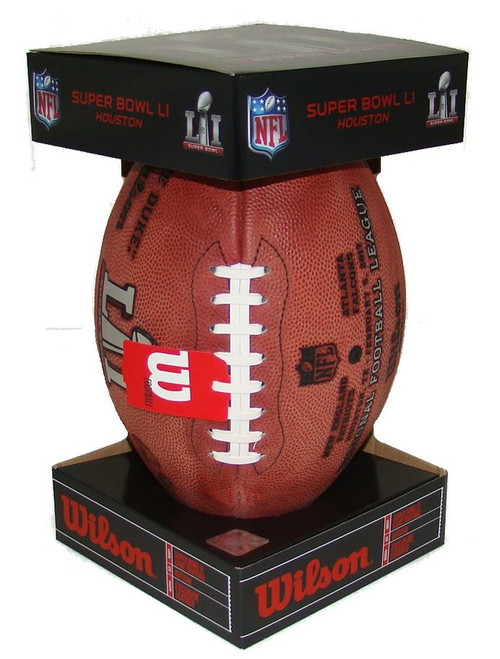 Wilson NFL Super Bowl LI Official Authentic Game Ball with Team Names and Date inscribed on ball! On February 5, 2017 Wilson will take to the Super Bowl field for its 51st consecutive year. Buy this year's Super Bowl LI game ball to own a piece of the game. This NFL game ball features exclusive hand picked Wilson Leather, double laces for added texture and control and the valve panel has the Atlanta Falcons and New England Patriots team names featured as they prepare to faceoff in Superbowl LI. Wilson has been the official game ball of the NFL since 1941. Every NFL Super Bowl Game Ball sold in stores is inspected by hand and must pass the same specifications as those used on the field every for Super Bowl. Own a piece of NFL history with your very own Super Bowl LI Team Game Ball. Wilson is the official football of Super Bowl LI, February 5, 2017 at NRG Stadium in Houston, Texas.